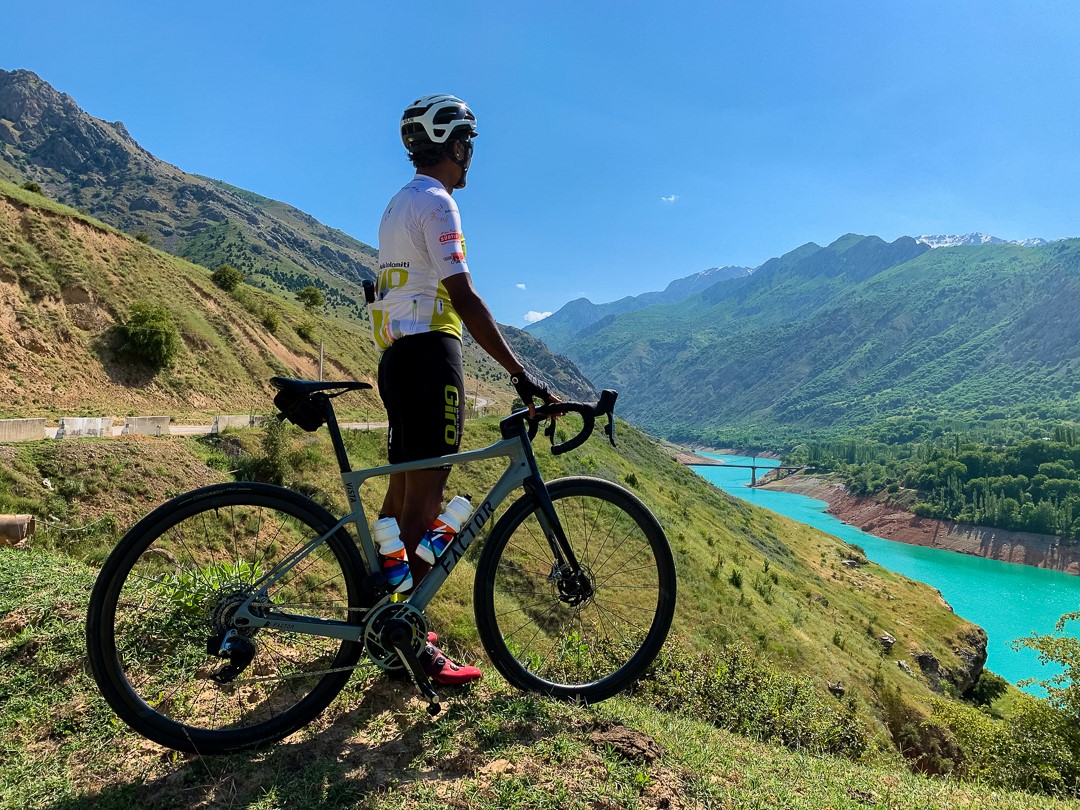 One of the characteristics of the soul of the Giro delle Dolomiti is networking: cycling for a week with cyclists from all over the world sharing sports experiences and fabulous panoramas, gives birth to international friendships that last over the years. We have therefore decided to introduce you some friends who have been joining us for many years, telling you their stories and their thoughts on the Giro delle Dolomiti.

Currently I live in Tashkent, Uzbekistan. Unfortunately, around the city, I do not have many cycling friendly routes but about 70kms away lies the Chimgan Mountains. These mountains are majestic and beautiful and reminds of a lot of the Alpine climbs. I ride them as often as I can.

Currently in Tashkent, we do not have any cycling infrastructure. Though there is a huge potential and the government is currently looking into it. As a sport, it is not as popular as it is in Europe or other parts of the world.

I have participated in the Giro Delle Dolomiti 8 times!! I was looking forward to do it 10 consecutive times but unfortunately the event in 2020 got cancelled.

The Dolomiti is obviously unique of its majestic mountains and fascinating landscapes. But it is also great that it has amazing infrastructure built with care and responsibility for people to enjoy the mountains.

I have always enjoyed the format of the Giro delle Dolomiti. It is getting very popular in many other parts of the world as well. The format allows the athlete to not only challenge himself in the timed sections of the Giro, but also immerse in the fascinating view of these beautiful mountains during the controlled speed sections. There is also plenty of time to build friendships with other athletes who come from different parts of the world.

It is always great to ride the Sella Ronda. No matter how many times you have done it, it is special. The Stelvio is another epic climb that is never the same. I have climbed it over 5 times and each time I faced a different challenge and experience. I think over the past 8 participations I have climbed pretty much all of the very popular climbs.