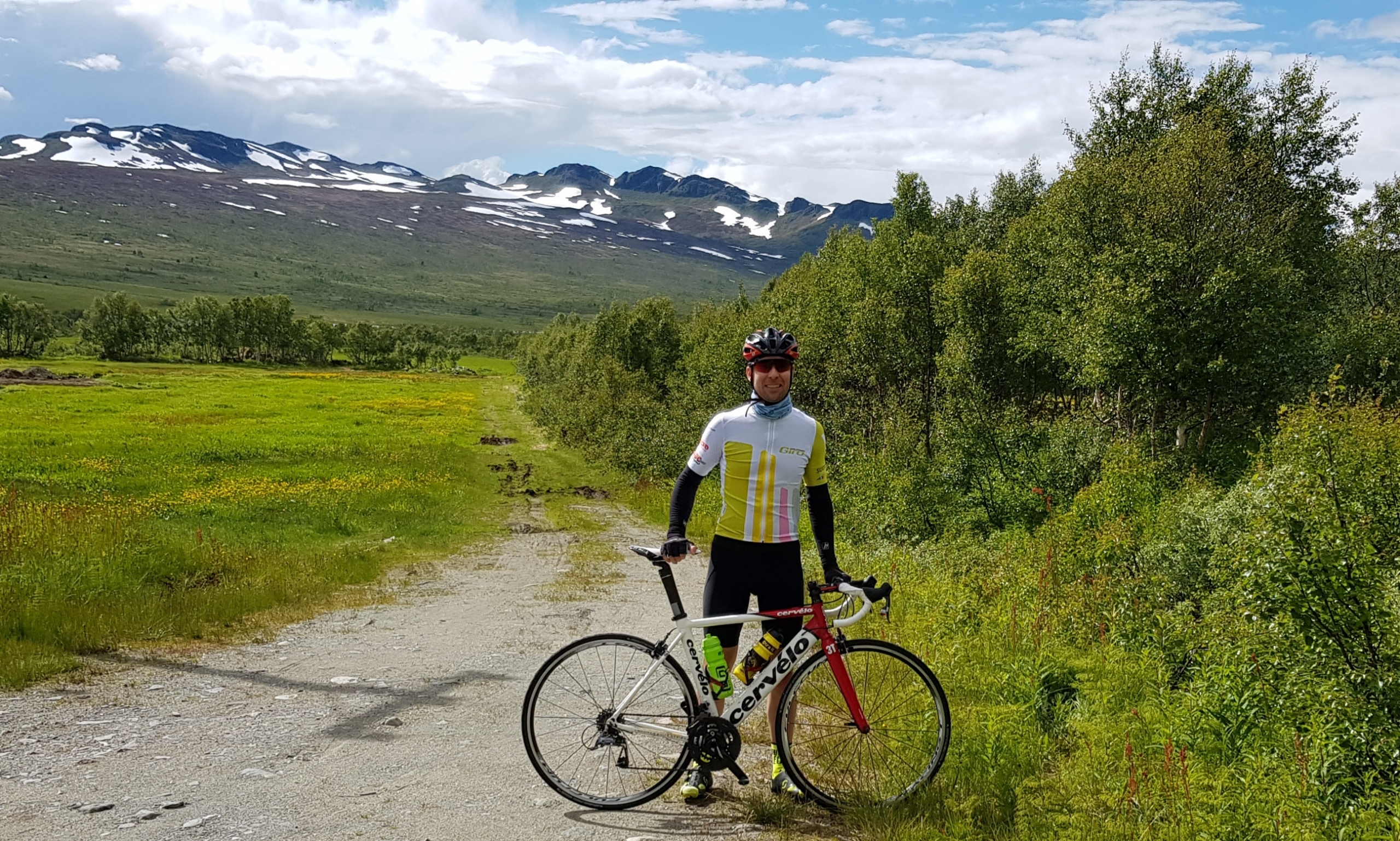 Today we introduce to you Ole Christian Myrmel, ambassador of the Giro delle Dolomiti from Norway.

I am writing from Kristiansand in Norway, which is a city in the south, in the Agder region. There are many beautiful coastal roads with little traffic here, and also mountainous roads in the northern part of the region.

Cycling is a very popular sport here with perhaps the most known Norwegian cyclist Thor Hushovd. He is from a neighbour city which is not far away. However, as the winter can be harsh many cyclists prefer cycle inside and travel to Spain for training camps. The bike is also widely used for commuting, even in the winter (with spikes). Cycling is seen as part of the solution to the climate changes in Norway, so the government and communities are constantly working on the cycling roads.

Certainly, it is the mountains that “suddenly” arises up from the ground, and also there are so many sky-high mountain passes that can offer you anything you want, from skiing, hiking, social events or just solitude.

I think this is the best way to organize races in the mountains, as it is a safer way when compared to letting people compete in the downhills!

Sella Ronda is the most beautiful stage, I think. I’d like to try Passo Giau, it looks so beautiful and is very high.