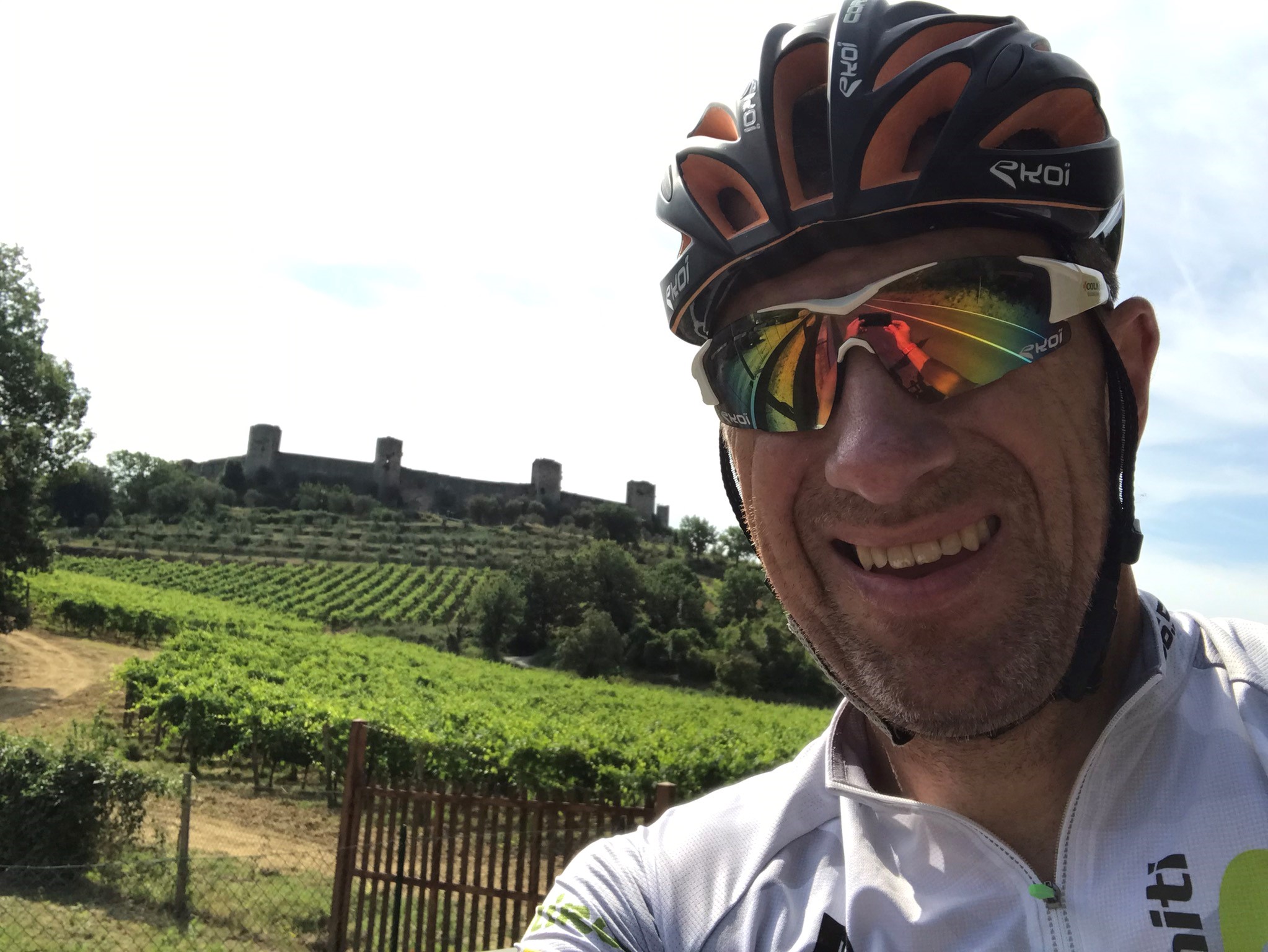 I am based in Canterbury in the UK. I am lucky that I have time as a rowing coach to do my own training as well and ride my bike as part of that. I usually cycle locally in Kent but wherever I get the chance, a lot in Italy as my wife’s family home is there, Spain a couple of times a year and across the UK.

COVID has brought more people to cycling, both as exercise as well as commuting. I have a group of rowing friends that regularly meet up to cycle in group, competitively as well as socially. Things are developing more for cycling in the UK.

I have done the Giro delle Dolomiti only twice …both the short giro as I have children and a wife…but a fantastic experience I would want to repeat!

Dolomites are breath-taking, accessible and varied whilst challenging…I am a fan of mountains and climbs.

Personally, I would love it if there was a fraction more timed and freer kilometres relative to the controlled but understand the safety and difficulty transmitting out of Bolzano on main roads…but have slightly more aspects of a gran fondo? Longer timed sections/stages.

I loved having the chance to do the Stelvio… but would love to do the Sella Ronda as that’s more than just one pass!

Usually I cycle around 10k a year and try do sportives or gran fondo events in Belgium, Italy, and the UK. This year it will be closer to 12-13k!