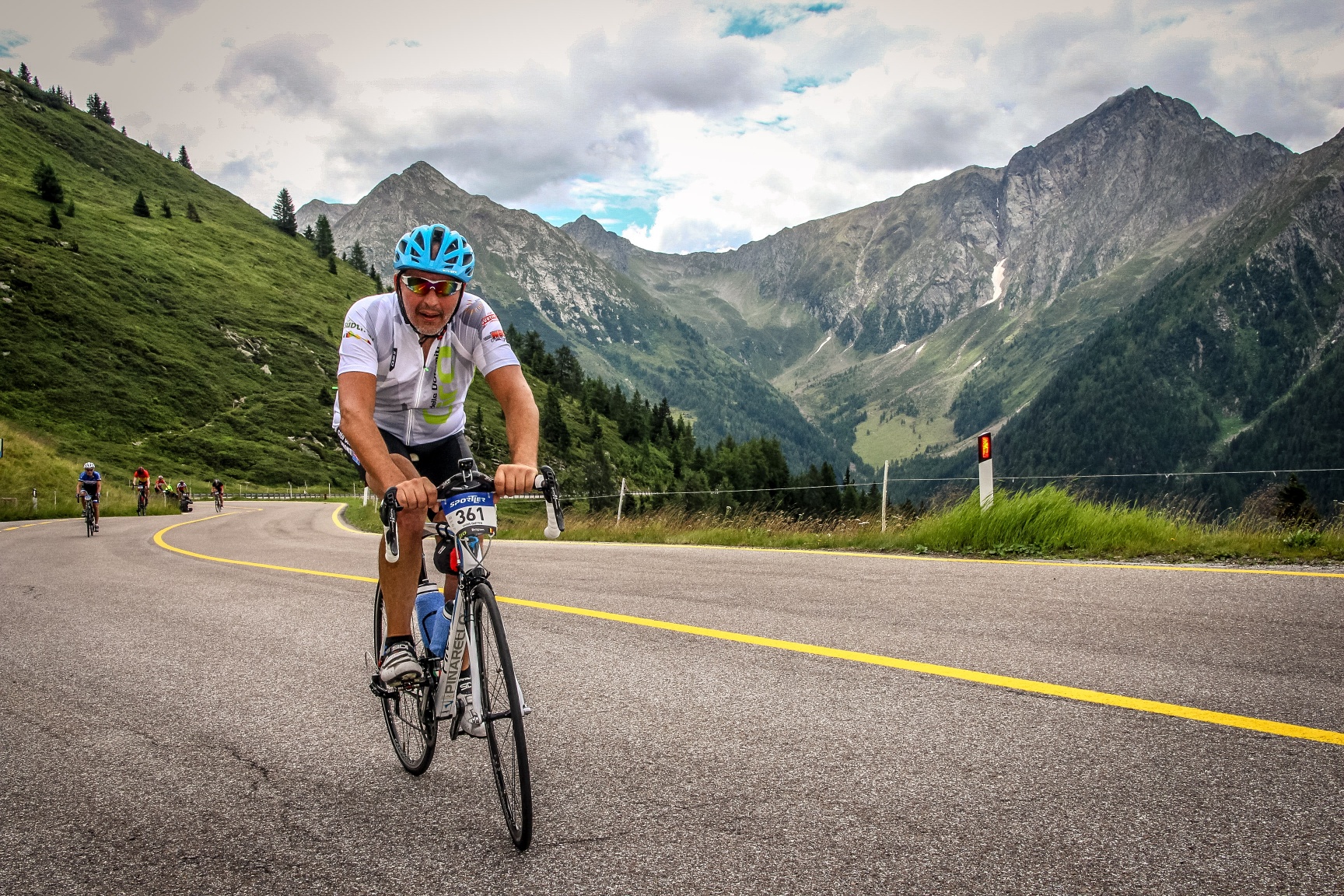 Chris Baeten, Ambassador from Belgium: he participated for the first time in 1986….reaching Bolzano by bike!

I usually cycle on Sundays with my team, however if there is an organized event, I’d rather to participate in that. Sometimes I reach the place of the event with the camper.

During the winter I like to mountain bike, the rest of the year I prefer the road bike, I like to ride on the gravel bike as well.

I collect racing bikes from the 80s till now and I like to ride on retro bikes also.

Belgium has a rich cycling history, we have a lot of races, lots of cyclotourist events, so you can say that cycling lives here!

Magnificent landscape, high valleys = relative short climbs, the climate, the combination of Italian flair and food with the German precision.

I like the format; the traffic closed roads are wonderful. I participate pure for fun so for me the competition element is not necessary: it’s all about the experience!

Pfff…   there are a lot of beautiful stages, the Sella Ronda is amazing, I like it clockwise the most.

The Monte Bondone is still on my bucket list.