A closer look to our 6 stage partners! 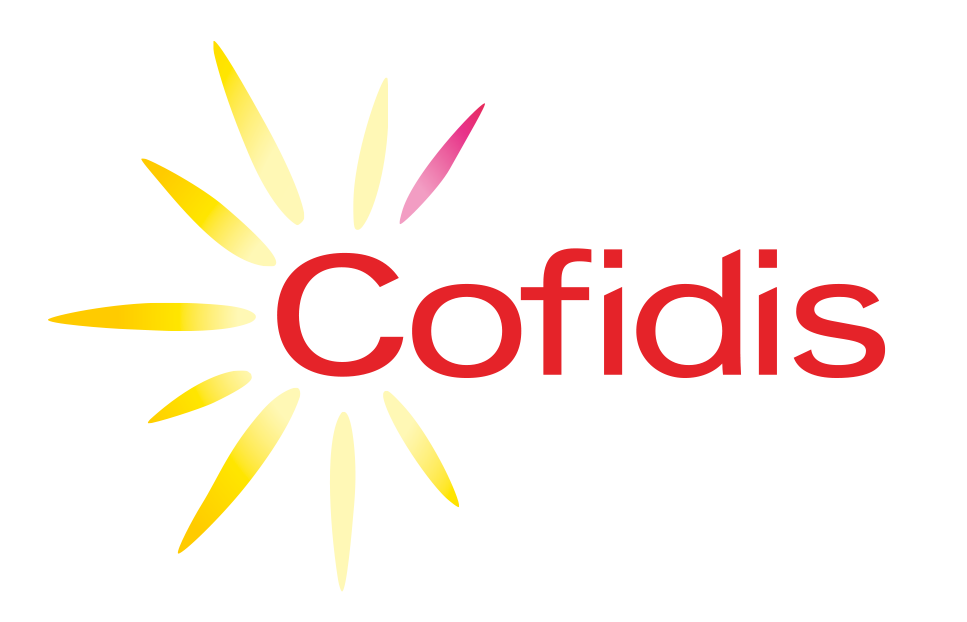 Why does one of the biggest european companies in the field of consumer loans hold any interest in the Giro delle Dolomiti?
It is about 20 years that Cofidis rapports itself with the cycling industry and now certainly more than ever as the owner of the Pro cycling Team Cofidis. Many people hold common interests in cycling, especially when speaking of objectives and Teamwork which, in order to aim high, help a lot. Cofidis has a partnership with the local Savings bank as well as other companies, it is therefore a logical consequence that we aimed for a partnership with the Giro delle Dolomiti.
Clearly, transmitting brand notoriety via cycling works? Probably because both of them envisage endurance and commitment?
That is exactly how it is! Cycling holds exactly the same philosophy as our company and has, over the years, granted brand visibility.
You own a professional team which participates at the Tour. Will the Giro somehow benefit from it?

The Tour is something unique where Teamwork and collegial help are not empty words but the reality. Never ever was our team so strong, ambitious and TEAM, this is clearly due to a change in Management which aims high. The well-known Cofidis sun will certainly shine strong and we will try to take some of those rays also to the wonderful region of Bolzano and Dolomites whilst pedaling at the Giro delle Dolomiti.

Its years you are side by side with the Giro. What are the insurance services you offer to its participants?
Ist many years indeed! However, since last year’s edition many aspects have seen a radical change. Also our relationship, which has developed into a true partnership. Being part of one of the biggest European insurance companies we cater to all participants, if they wish, cover for accidents as well as third party liability. Clearly, we also insure all volunteers and the organization itself.
Will you spend a few words please on the absolute necessity to obey to the rulebook of the Giro, the Italian road codex, the respect for other riders? The Giro is not a race but an experience. Your suggestions?
As an insurance agent we see naturally the glass half empty. That is why we hope all participants, already obeying to the Giro’s rulebook by signing up as a participant, will indeed behave in an impeccable manner. Most importantly, behave in good faith. The Giro offers a series of services, and it’s of utmost importance the cyclists behaves properly especially when roads are narrow and the downhill gets serious – always think of the cyclist next and behind of you.

It is years you support the Giro delle Dolomiti. This year you wanted to become a stage partner. What were the reasons?
We have been partnering with the Giro for many years already – and it is easy to see why: We both love cycling. Moreover, our main objectives are to support Sport generally. It is healthy and makes you happy.
What is so special with the Giro 2018?
First and foremost, we support the Giro’s initiative to respect the environment and therefore we will, amongst other initiatives, provide the electric race opening car. With no emissions, the cyclists following it can breathe good air. Moreover, during the rest day’s InGiro event we will be offering our bikefitting machinery for free. Digital sensors will help you adjusting the bike perfectly to guarantee best performance. In addition, all participants will be offered a gift when visiting our flagship store in Bolzano.
Your brand is well known in our Region and a bit beyond. For those who do not know you, can you explain who you are and what you do?
We opened business in 1977 and have since then catered for sport enthusiasts. We now count about 600 employees serving in 22 outlets in Northern Italy as well as Austria and own the online channel www.sportler.com. We guarantee high quality products and services in all segments but especially in Alpine, Snow, Bike, Fitness and Running. 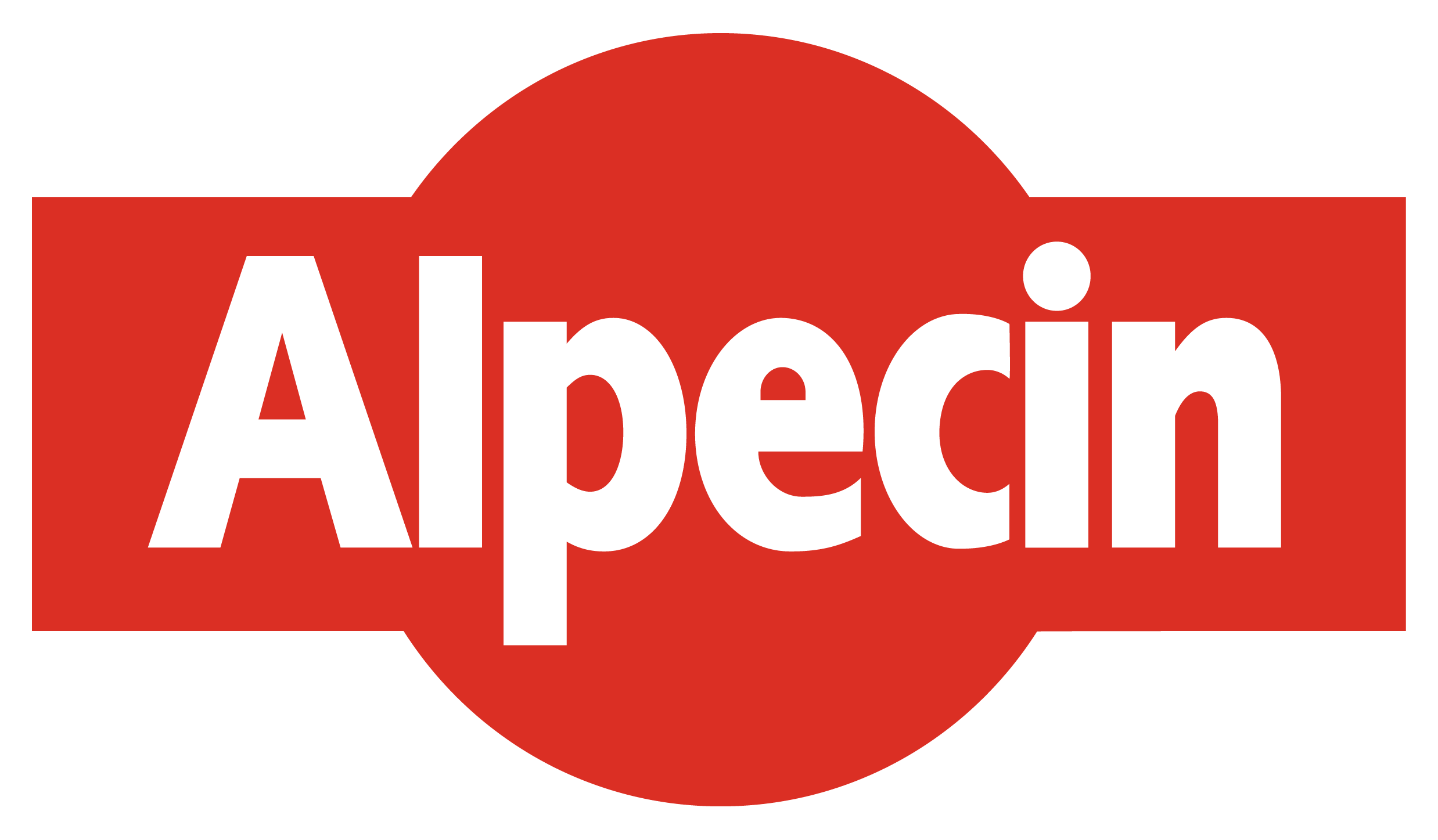 Alpecin is fond of cycling and uses therefore cycling as its main mean of communication. How did that happen?
Cycling is in our DNA. Ist already since 1940 that we are in the cycling industry, initially providing massage therapies only. More then 20 years later we launched our first professional Alpecin team. Now, 50 years later, we have a global sport-marketing cycling project. But since the very beginning, its “passion for performance” which guides us. In other words, we produce products which must perform!
Working with KatushaAlpecin which participates at the Tour de France, is a guarantee for notoriety. But it is also working with the Giro delle Dolomiti. The World Tour with Marcel Kittel, Tony Martin and the young Matteo Fabbro is a perfect fit for our performance drive. However, it is the Giro delle Dolomiti with its hundreds of participants from all over the world, which, as everybody performs in its own physical capacity, that is real passion and dedication. Sponsoring the Giro delle Dolomiti helps, within our global communication strategy, to aim for the same: a pure local event but with a global reach.
Does Alpecin sell its products in Italy, too?

Alpecin is the most sold hair shampoo in Germany and can be bought also in Italy. Scientific tests tell us that caffeine shampoos help reduce hair loss. It is obvious that we would like to tell that our Italian friends too that our products are top of the class and that you can do a lot against inherited hair loss.

Born in Bolzano, active worldwide. Who are you, what do you do? And how?
We were born in Bolzano in 2013 and have founded our business on the foundations of a strong belief envisaging  extreme cycling clothing. We are certainly more than a mere apparel brand – we see ourselves as a research team trying to find continuously new materials to further enhance performance and innovation. Our products are functional and easy to fit, they guarantee our body temperature whilst being extremely performing. All products are made in Italy so as to make sure that we can monitor all steps of the entirely artisanal production.
What does the 2018 shirt look like?
Whilst graphically speaking its similiar to the 2017 shirt, confirming the typical Giro delle Dolomiti colors, we aimed for a shirt a bit more aggressive in its looks. A short text has been added to the backpockets. Technically speaking we used extremely light and modern material that helps sweat transportation as well as a quicker drying period. To increase safety, we added reflective zips on the front and back.
What do you expect from the partnership with the historic Giro delle Dolomiti?
We are very happy to have stricken a partnership with the Giro, lest its headquarters being in Bolzano. The Giro is more then a cycling event, it is a weeklong combination of emotions and pleasures. This, as well as the particularity of combing race and leisure cycling, fits us well. 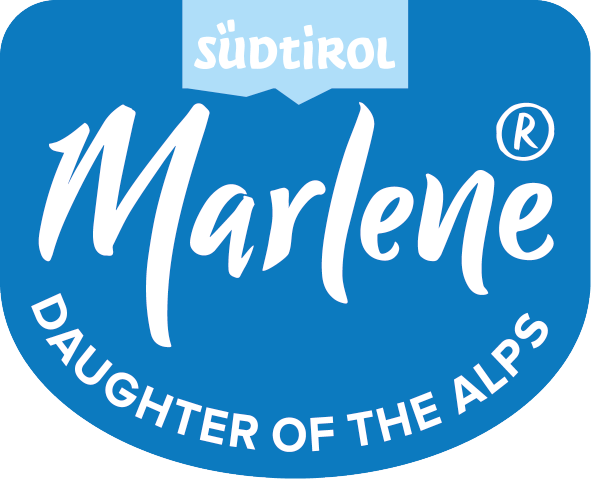 Marlene?
Whereas VOG is the name of our company and stems from the association of south tyrolean fruitproducers,  Marlene® is our commercial brand and stands for our apple which is produced by our 5.000 associates on almost 11.000 hectares in South Tyrol.
Apple equals pleasure, quality and performance. Do you find these also in the Giro delle Dolomiti?
Our local farmers work strenuously to satisfy the high needs of quality its apples must ensure. This effort certainly compares to what the participant at the Giro delle Dolomiti needs to do to be able to perform at high standards – in the midst of our beautiful region. Identical to what our produces do, also for the participants the weather and nature in general will play an important role and influence their performance. However, this will not by the least diminish their performance!
The last stage passes next to your HQ and in the midst of apple trees. Do you limit yourselves to the sponsorship or does it go beyond?

Many of our employees are avid cyclists and several of those cycle daily either during lunch break or after work. Being so close to our cycle paths helps a lot. We are not new to races or events and certainly not new to the Giro delle Dolomiti. Clearly, the long winter has not helped our preparation but that does not mean we will not participate at the Giro. Very much the opposite!